A Touch-y Subject: Harassment and Battery 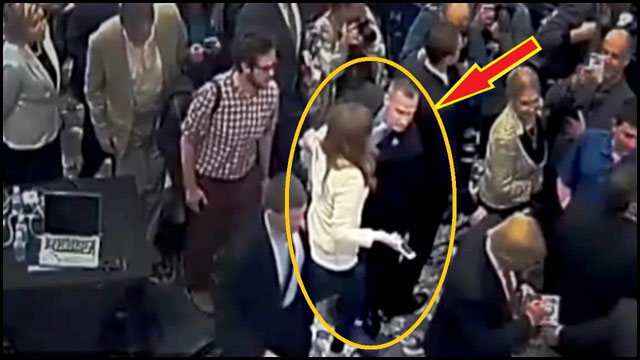 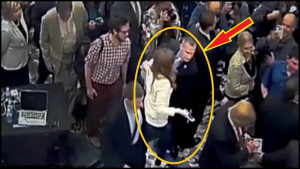 The Encounter of Trump, Lewandowski & Fields

Touching, tapping, grabbing, and holding: these types of physical contact have been in public discussions since a March 8, 2016 incident at the end of a Donald Trump campaign event in Florida. The discussions have included issues of harassment, battery, and assault. The bare facts of the situation are as follows:

Beyond those facts, things start to become more challenging to sort out. Three days later, Fields alleged to the police that Lewandowski’s action was excessive, leaving bruises on her arm. The police felt the evidence sufficient to file a charge of battery against him. Trump maintained support for his campaign manager, and after viewing the video pointed out that Fields had herself touched him, implying that her action was in some way comparable to what she was claiming Lewandowski had done.

Assault & Battery: What Are They?

In general, many people do not know the distinction between assault and battery. They are used to seeing the terms together, so they tend to be lumped together in the awareness as the same thing.  But they are not the same.

The sticky part in dealing with these issues is the matter of personal interpretation of physical contact. Was the touch really offensive? Was it intended to be harmful? How does one prove that something was offensive? In this case, “offensive” means much more than an affront to the recipient’s sensibilities.

The public incident with Trump, Lewandowski, and Fields demonstrates how difficult it can be to work out the issues of harm committed or intention in the act. On April 14, 2016, the Palm Beach County attorney dropped the battery charge against Lewandowski. Prosecutor Dave Aronberg said, “While the evidence in this case is legally sufficient for the police to charge Mr. Lewandowski, it is not strong enough to meet the burden of a reasonable likelihood of a conviction.”

Keep in mind that just because there will be no criminal prosecution of Mr. Lewandowski, Ms. Fields can still sue in court for battery and does not have to prove her case “beyond a reasonable doubt.”  She only has to prove that the touching was more likely than not offensive.

The Other Unwanted Touching in the Workplace

When we talk about unwanted touching in the workplace, we are usually referring to a degree of sexual harassment in workplace conditions. But it is possible that other types of physical contact could occur, especially in a work environment where there is a great deal of physical movement and potential for bodily contact. Warehouse co-workers may affect a rough-and-ready style of social interaction, with “friendly” punches to the upper arm or shoulder. Heavy back slapping, meant to be a hearty acknowledgement or encouragement, might be the personal style of a supervisor.

The problem is that such behaviors when mixed with personal animosity (no matter how the dislike came about) can easily escalate into physical abuse. A hostile work environment generated by personal conflict, or hostilities between the labor force and management, or any other type of volatile, emotional charge, can become a breeding ground for potential acts of assault and battery.

Annoyance, Harassment, and Beyond

Human behavior, especially negative and unwanted behavior can easily move through stages of annoyance, harassment and into the more dangerous physical possibilities of assault and battery. The wide variety of personalities that exist, however, guarantee that no two similar situations will follow the same path.  The fears of the recipient of the negative behavior do need to be taken into account, but they also have to be weighed against the realities of actions and intentions of the other party. That is why it is often advisable for the recipient to seek the counsel of an employee rights attorney.

One of the first things in the advice of a harassment lawyer Los Angeles employees will receive is that they need to keep a record or account of interactions with the harassing co-worker. Isolated incidents like the Lewandowski-Fields matter are difficult to evaluate. If the worker is dealing with ongoing behavior, keeping a log of encounters can be very crucial in any legal action. Making note of potential witnesses to the unwanted physical contacts is also important.

If you are dealing with this type of unwanted touching or physical contact, speak to an attorney for guidance about your options. The Employee Rights Law Group specializes in workplace law. “We fight for the little guy.”