5 California Employment Laws Coming up in 2017 You Should Watch 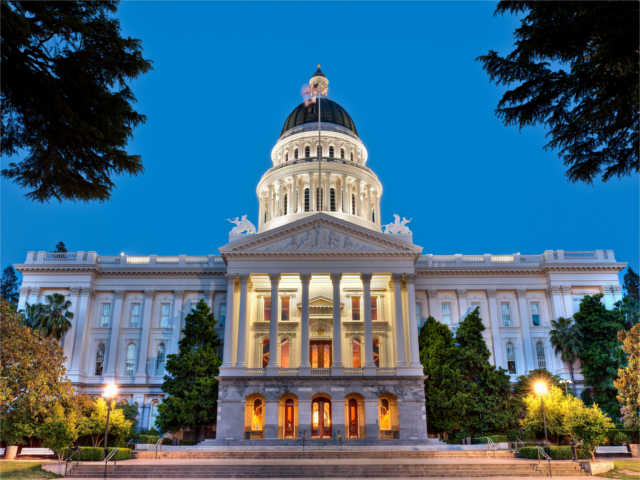 Whether you’re an employee or an employer, it’s important to know how California employment laws will affect you. You should always contact a labor attorney like Cathe L. Caraway-Howard if you have any specific questions. That said, it’s always good if you have an idea of what’s coming up regarding California employment laws. 2017 is already shaping up to be a big year when it comes to your rights in the workplace. The California State Legislature has already introduced these 5 bills.

Assembly Members Lorena Gonzalez and Ash Kalra introduced The Opportunity to Work Act, or A.B. 5. Gonzalez said during the press release for this bill, “Even as we’ve won increases in the minimum wage to help part-time workers, that just won’t cut it if you can’t get enough hours of work…The Opportunity to Work Act will provide a boost to the millions of workers in California who want to work more so they can afford the necessities of life and to take care of themselves and their families in a time when housing costs, student debt, and surprise expenses are increasingly difficult to manage.”

According to that press release, this piece to the puzzle of California employment laws makes sure that companies with 10 or more employees must offer more hours to existing part-time employees before hiring. They must have an employee that is qualified to do the job. This is great news if you’re one of the 1 million Californians that involuntarily have your hours limited.

Senator Bill Dodd (D-Napa) Introduced this bill. This bill’s goal is to make sure consumers who’ve been defrauded can sue, even if they signed an arbitration agreement. Arbitration agreements mean if you have a dispute with someone with whom you’ve signed a contract, you must use binding arbitration instead of suing them in court.

During the press release for SB-33, Senator Dodd said, “It’s unacceptable for consumers to be blocked from our public courts to recover damages for fraud and identity theft. Allowing victims their day in court not only allows them to recover, it can prevent more victims by putting an end to illegal business practices.” He added, “With Quick Federal Action on this issue unlikely, it’s critical that California lead the nation to prevent these abuses.

Wells Fargo Bank employees used customers’ personal identification to create more than two million new accounts without consent. These fraudulent accounts caused the victims, who didn’t even know about these accounts millions of dollars of fees. Many of these victims tried to sue to recover their damages.

Wells Fargo however, had a response. They argued that customers had waived their right to sue. As such, this should be handled through arbitration. The courts upheld that argument. Wells Fargo has received over $150 million in regulatory fines Since this information came out. While this bill doesn’t directly address employment, it would affect any employment agreement with an arbitration waiver.

Senator Jackson (D-Santa Barbara) put this bill forward. The purpose of this bill is to expand which family members you can take protected leave to care for. Under this bill, you can take 12 weeks of leave, while protecting your job, to care for your grandparents, grandchildren, siblings, in-laws, or your adult children. The bill applies only to employers who have 50 or more employees.

This bill, and the next one on the list are being similar bills to other bills Jackson had authored that were vetoed by Governor Jerry Brown. During the press release, Jackson said “I look forward to continuing to work with the Governor to reach an agreement on these important issues.”

In addition to S.B. 62, Senator Jackson also introduced S.B. 63, or the New Parent Leave Act. S.B. 63 expands the amount of job-protected parental leave, both maternity and paternity leave, for new parents who work at smaller businesses. If congress passes this law, you’ll get 12 weeks of job-protected “Parental Leave” as long as your company has 20-49 employees. Under today’s law, only employers with 50 employees or more must provide job-protected leave.

At the press release, Jackson said, “Any new parent knows that the birth of a new baby comes with a host of changes and challenges. But losing a job should never be among those challenges. The same must be said of the impacts of serious illness of an extended family member. It simply is not right that far too many Californians who already pay into and are eligible for Paid Family Leave benefits fear that if they utilize these benefits they will lose their jobs.”