Gender Discrimination: What to Expect When You’re Expecting 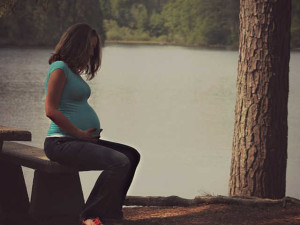 Many aspects of employment law operate in a gray area. While there are a great many regulations in place to protect workers against some kinds of workplace discrimination, there is less of a track record to go by in other areas. Pregnancy in the workplace is one of those areas where labor law attorneys are making great strides in safeguarding employee rights that are not fully understood by the general public.

Pregnancy Discrimination Was Outlawed In 1978

The importance of women in the workplace has changed enormously over the last 75 years. While gender discrimination is still common, the rules are now understood and there is a lot of case law that covers problems like equal pay for equal work, sexual harassment, and other workplace harassment.

Because these disagreements are in the news frequently, it is easy to forget that pregnancy discrimination was outlawed all the way back in 1978 by the Pregnancy Discrimination Act. This act also traces its roots back to the Civil Rights Act of 1964. The purpose of the acts was to first make sure that a pregnant woman was allowed to work under the same conditions as any other employee, and if they later became unable to work, they would be treated the same as a worker who was unable to work for any other reason.

Additional Guidance Was Offered in 2014

The problem of gender discrimination due to pregnancy didn’t go away after the passage of this important legislature. Pregnant women and civil rights lawyers had to keep pressure on many employers who used any pretext to fire or otherwise treat pregnant workers differently than other workers. In many cases, conflicts over a hostile work environment eventually led to workplace retaliation when pregnant workers demanded their rights.

In order to make it easier for pregnant women and employers to better understand the Pregnancy Discrimination Act, the Equal Employment Opportunity Commission offered further guidance in 2014.  The Enforcement Guidance on Pregnancy Discrimination and Related Issues has a detailed overview of the meaning of the applicable laws, and a long list of case studies that illustrate different situations that might arise due to pregnancy in the workplace. The document makes it much easier for women who are having difficulties with gender discrimination in the workplace to know their rights. It also makes it easier for employers to understand what is required to comply with the law.

Complication of Pregnancy May Come Under ADA Rules

Most pregnant women can work without limitations until shortly before the birth of their child. Others are not so lucky, and suffer from complications that make it impossible for them to fulfill their duties without some form of accommodation from their employer.

Many employers don’t understand that when a pregnant employee has a serious complication like preeclampsia, their workplace rights begin to be covered by the Americans With Disabilities Act. Like any other worker, a pregnant woman must be offered reasonable workplace accommodations for their temporary disability. This is an important detail for a disability discrimination attorney to keep in mind when advising their clients.

Breastfeeding Must Be Accommodated, Too

Another poorly understood part of the Pregnancy Discrimination Act is the period of time directly after the birth of a child. Nursing mothers must be given reasonable workplace accommodations under the act. In the modern workplace, this commonly takes the form of allowing a time and place for working mothers to pump breast milk throughout the day.

Parental Leave Policies May Apply to Men, Too

Gender discrimination in the workplace is a two-way street. The Pregnancy Discrimination Act also has important safeguards for men. If a company offers substantial amounts of pregnancy leave for women, it must also match that amount for men who have recently become parents. This situation only applies if the pregnancy leave lasts for substantially longer than the period of time that’s required to recover from childbirth.

If You’re Not Sure of Your Rights, Seek Advice

Pregnancy in the workplace can lead to a complex mix of gender discrimination, a hostile work environment, wrongful termination, or whistleblower retaliation. As you can see, several laws can apply depending on your personal circumstances. While it’s important to know as much about your rights as possible, it’s smart to consult civil rights attorneys that fully understand all the technicalities that govern pregnancy if there’s a dispute in the workplace.