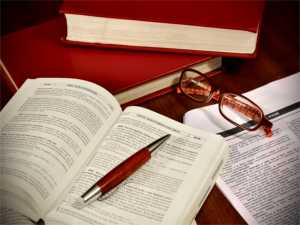 California has developed a reputation as a sanctuary regarding immigration, and some cities more than others. Soon, however, you may be able to add medical marijuana users to the list of people seeking sanctuary. An active proposed bill could protect people who use medical marijuana from employment discrimination.

As of now, California employers can deny employment on the grounds of marijuana use, even for medical reasons. If you look back to Ross V. Ragingwire, you’ll see that the California Supreme Court does not have to accommodate medical marijuana use, disregarding the Compassionate Use Act of 1996. The California Fair Employment and Housing Act (FEHA) doesn’t bind employers to accommodate illegal drug use, and it was interpreted so employers can lawfully deny employment to people using medical marijuana, as it remains illegal under federal law.

In 2016, the Adult Use of Marijuana Act passed, and it codifies the employer’s choice to “maintain a drug and alcohol free workplace.” Health and Safety Code §11362.45(f).

However, Rob Bonta, California Assembly Member for District 18, and Bill Quirk, Assembly Member for District 20, coauthored Assembly Bill 2069. This bill would amend FEHA by creating a new protected category for Marijuana Medical Users. The goal of AB 2069 would be to “prohibit an employer from engaging in employment discrimination against a person on the basis of his or her status as, or positive drug test for cannabis by, a qualified patient or person with an identification card.”

AB 2069 would not, however, turn it into a free-for-all. Employers would still be allowed to take corrective actions against employees found to be impaired on the company premises. Additionally, AB 2069 would let employers deny employment “if hiring the individual or failing to discharge the employee would cause the employer to lose a monetary or licensing-related benefit under federal law or regulations.”

What AB 2069 would do, if it makes it to law, would be to alter the entire legal environment. Employers will have to update their drug testing policies. Additionally, they’ll need to change the way they treat applicants and employees who test positive for marijuana. What AB 2069 would not do, however, is protect recreational use. If you’re a recreational marijuana user, California employers are still able to deny employment through drug testing policies.

This legislation raises a few concerns. Some question whether this is a reasonable accommodation, or if it’s an abuse of disability discrimination law. Additionally, the Controlled Substances Act (CSA) may still preempt the bill as it is a federal law, and still classifies marijuana as a Schedule I drug.

In the 2016 case from New Mexico, Garcia V. Tractor Supply Co., a federal district court held that the CSA preempted the state’s marijuana law. On the other hand, in a 2017 case in Connecticut, another federal district court held that a statute very similar to AB 2069 was not preempted by the CSA. In the Noffsinger v. SSC Niantic Operating Co. case, the court decided that the CSA does not specifically regulate an employment relationship, so it does not preempt the Connecticut law.

What Should You Do?

As always, if you have legal questions, you should consult with a lawyer directly. At the Law Offices of Cathe L. Caraway-Howard, you can count on them fighting for the little guy. You can call (310) 488-9020, or visit the website to see what Cathe can do for you.