What Does Wage Theft Mean? Are You A Victim of Wage Theft? 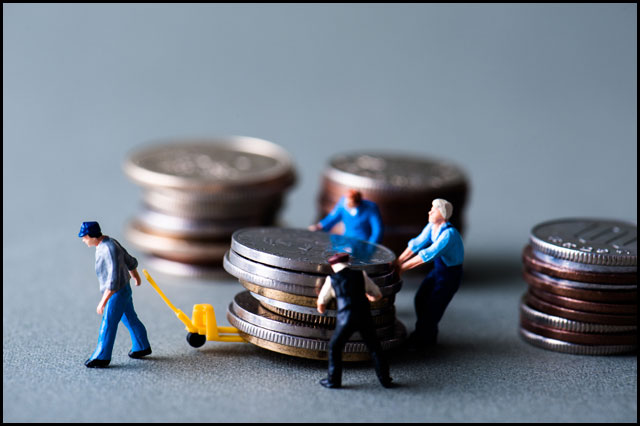 Have you ever heard of the term “wage theft”? Wage theft is when your employer doesn’t pay you what you deserve, effectively stealing your time from you. You’re suffering from wage theft if you’re earning less than minimum wage for your area. Employers also commit wage theft by forcing you to clock out early even though you’re still working. Finally, if your tips are taken, or you’re not allowed your rest breaks, you’ve been a victim of wage theft. If you think this happened to you, contact a California employee rights lawyer right away.

It can be a challenge getting these stolen wages back without a good labor attorney on your side. According to a UCLA study, In Los Angeles alone, workers lose $26.2 million. That’s a lot of money!

So Why is Wage Theft so Rampant?

You’ll find a lot of different reasons wage theft happens. Despite all of California’s strong labor laws, there isn’t a lot of enforcement when it comes to wage theft. The process for fighting wage theft can sometimes take long enough for the business to shut down or change ownership, leaving victims with nobody to collect damages from. The UCLA Labor Center went through wage claim info from 2008-2011. They found that most companies that had a ruling against them ultimately never pay back the wages. 83 percent of workers who have court-ordered claims to receive their unpaid wages never get them. Even with a labor attorney, it can be a frustrating path, and many workers don’t try to fight it. The workers most affected by wage theft are the most vulnerable. The people who need their job the most, and can’t afford to put it in danger are often too afraid to seek the justice they deserve.

Who Does Wage Theft Affect?

Workers suffering from wage theft aren’t the only people affected by it. While it’s true that wage theft can be back breaking for the worker and their family, consumers and taxpayers are affected by wage theft too. When a family can’t make ends meet because of wage theft, they have to turn to public assistance programs, and strain the system. And finally, when there’s less wages, there’s less taxes, which results in less money for important programs.

Consider the stories of the 11 workers at a bakery in West Los Angeles. These workers were paid only two dollars an hour for two years. Some of them were made to work 17 hours a day. There’s also the story of Heriberto Zamora. Zamora worked for Urasawa, a Beverly Hills sushi restaurant. Even though he was working 60 hours a week with 12-14-hour shifts, he wasn’t receiving overtime. Finally, after an eight-hour shift, he asked to go home because he was sick, and his boss fired him on the spot. Zamora won a judgment from the California Labor Commissioner that ordered his employer to pay more than $38,000, but they didn’t. It wasn’t until the Koreatown Immigrant Workers Alliance went to bat for him that he finally got the money he was owed.

So, how do We Stop Wage Theft?

On the local level, When the Los Angeles City Council raised minimum wage to $15 per hour, they also voted to establish their Office of Wage Standards. The Office of Wage Standards enforces wage and hour violations. They’re not the only city that’s done this. Of the many cities in California that have raised their minimum wages, most of them have put wage theft enforcement offices in place as well.

In addition to these local steps, California passed SB 588 at the state level. SB 588 created new tools the California Labor Commissioner can use to collect for workers. These tools, and a strong labor attorney, greatly improve your chances of getting justice.

If you think you’ve been a victim of wage theft, or any other violation of labor law, The Law Offices of Cathe L. Caraway-Howard will fight for you. Call (310) 488-9020, email, or use our contact form to schedule your consultation today.