Why Respect at Work is Never a Bargain 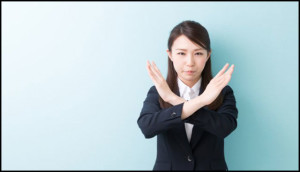 Kimberly Ellerth was a female salesperson for the company Burlington Industries. Subjected to lewd gestures and remarks from a mid-level manager, she silently tolerated the abuse. A competent and dependable employee, Ellerth was awarded a promotion for her work. Yet she continued to be subjected to unwanted remarks about her buttocks, breasts and legs.

This breach of her right to be respected in the workplace resulted in what is known as constructive termination: her work environment became so hostile that she could not continue to be employed there. To put it more succinctly, Ms. Ellerth was essentially forced to quit because she was a woman.

Ellerth sought legal assistance and took Burlington Industries to court. The Federal District Court initially granted Burlington a summary judgment, reasoning that although the work environment for Ellerth was certainly hostile, her failure to utilize the company’s complaint process deemed Burlington unaware of the misconduct. Therefore, the company should be mitigated for its failure to ensure that no employee should be disrespected for things that they have no control over, like sex.

However, on April 22, 1998, the Supreme Court ruled in Burlington that being treated with respect at work doesn’t have to be a bargain. Literally. In prior cases, the court would rule that the inappropriate behavior was indeed sexual harassment on one of two contingencies.

The first contingency is the concept of a Quid pro Quo: where an employee is forced to bargain to retain their job. The nature of the bargain is a result of an employer demonstrating a flagrant and discriminatory abuse of their power: to retain employment, the worker must consent to a Quid pro Quo where they can remain at work in exchange for submission to unwanted advances.

They may also be threatened with some type of work related penalty such as a demotion or reduction in pay for failing to tolerate mistreatment. Similarly, an employee who is offered a reward for submitting to abuse, such as a raise or promotion connotes a Quid pro Quo situation.

The other contingency for sexual harassment was the concept of a hostile work environment. Treatment that oppresses, offends, intimidates or abuses an employee for their sex could result in the court ruling in favor of the victim. However, the treatment must be “pervasive” in a hostile work environment lawsuit. A pattern of routine harassment, generalized mistreatment or repeated inappropriate conduct must be established.

In Burlington the Supreme Court held employers liable who harass their subordinates, even if the victim of the harassment does not technically have to contend with negative job consequences. Even more compelling, the court held that sexual harassment does not have to be contingent on just a Quid pro Quo or a hostile work environment, expanding the possibility for a sexual harassment victim to seek retribution in court.

1. Physical Harassment Can Be a Touchy Subject

Gaining retribution for sexual harassment defined by inappropriate touching can depend on the context and number of times an employee was touched. The courts attempt to take look at the facts surrounding the situation. People differ in what they find to be physically uncomfortable. However, repeated touching of breasts, or touching of the crotch, genitals, and/or buttocks can define physical harassment. Making breast to mouth contact will be deemed physical harassment, as well as rubbing of the thighs.

2. Just Because You Aren’t Being Forced to Engage in Unwanted Sexual Behavior, it is Still Unwanted

California prohibits unwanted sexual advances, attempting to view the situation from the perspective of the victim. There needn’t be a request to stop from the employee, and the harasser can still be held liable even if they “did not realize their behavior was unwanted.” And in many cases, even if a victim agrees to submit to or engage with the harassment, it can still be deemed unwelcome.

3. Work Related Sexual Harassment Doesn’t Have to Occur at Work

Whether you are seeking advice from a sexual harassment attorney in Los Angeles, or throughout the state, they can advise you on what to do if you are being sexually harassed off the clock. Note that the nature of the abuse must be “work related.” However, a supervisor knowing that they are abusing the capacity of being a supervisor that contacts a victim with harassing phone calls or texts outside of work may still be defined as work related.

4. Sexual Harassment Doesn’t Have to Be Motivated by Sexual Misconduct

The definition of sex is vast – it can include discrimination being based on gender, childbirth, pregnancy or gender identity. Facing negative repercussions because of these issues is prohibited.

What to do if You Are Facing Sexual Harassment

For my clients seeking help in Los Angeles, I would initially advise them to first seek guidance through their employee manual. If there is no advice on what to do, seek help from an employment lawyer in L.A.

You should report the misconduct to a supervisor, however it is advised to do so in writing, and keep a copy of the report for your own documentation. Document the nature and frequency of the conduct as well. Keep a record of the harassers name, a detailed description about what happened, and the date and time it occurred.

Finally, if you feel you have the basis of a sexual harassment case, seek the advice of a Los Angeles employment attorney. Note that the statute of limitations for sexual harassment claims may be shorter than you might expect, so a lawyer can help you sort the issue out. It is my belief that being treated with dignity in the workplace is not something that should be earned or bargained for, it is a right. California law and Burlington prove with legal precedent that the Federal and state courts agree.